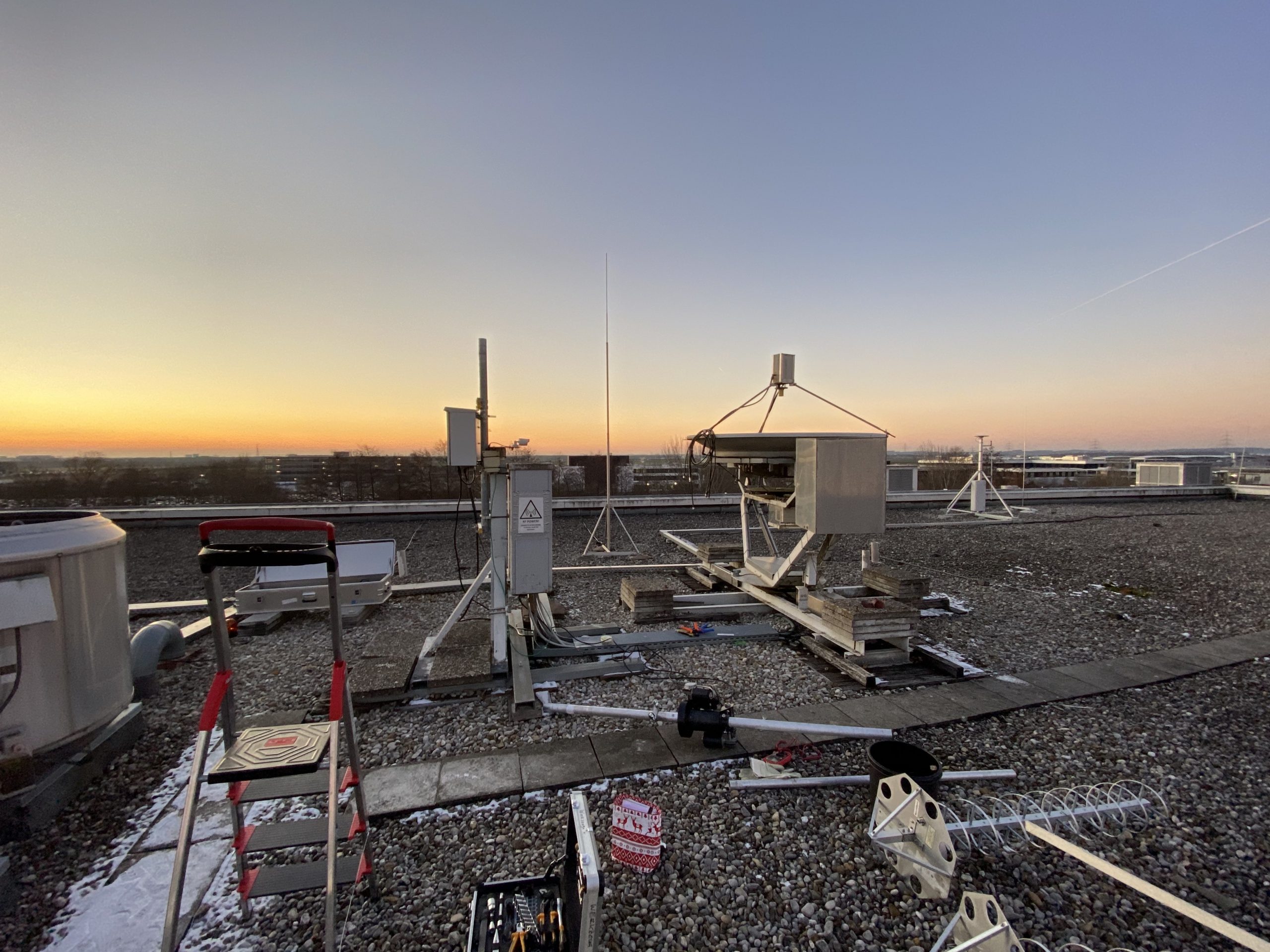 It has been a while since we gave an update. But we had a lot to do and can report now a lot:

Earlier this month we had a successful week. We soldered the new DOSISv2 circuit boards. This includes applying solder paste on all of the five pcbs. After that we placed every component by hand and inspected the exact position on the microscope. All the boards got then into the reflow oven. After the boards where cooled down, we further inspected them under microscope and corrected all bad solder points.

But this is not all we had to do. We had a detailed testing procedure for the board. So from LEDs to our sensors everything was tested. This may not seem much, but in the end it took us 3 days to finish all boards.

New antenna hardware on the roof for our satellites in orbit

As you may have noticed, we did not post a lot about the current status of our satellites in orbit. This was unfortunately due to the fact that our ground station had several problems.

First we had a failed motor control, which did not reset the antenna in the correct position and thereby tore all cables to and from the antenna. These are now replaced. Second we had quite some issues with our power amplifier for the antenna. It did behave where unpredictable until we found out that it is very much depending on the current weather condition. To fix this we placed the pa now into a room which is environmentally more stable.

We could hear our satellite again, but for now we still have some trouble in the up link.

Further more we had the DEDRA Space Debris group of the ESPACE Master program as guests. They also develop satellites and presented their work at our weekly meeting.

We were that interested in each others projects that we decided to do more. We will do a regular meeting and keep this knowledge transfer up, so that both sides will get the most out of it. We are very exited about this and believe that this will kick us into a good future!

Hohoho and what the future holds

Speaking about the future: We wish you all the best for Christmas and New Year. We hope to kick the development even more than this year. This is not only because we will do more, but also since we have something very big coming. It is at the moment submitted, so cross the fingers for us to get it and keep an eye on us!

Let’s have some fun!